Introduction
Part 1: Storytelling in escape room for an effective pedagogy
Part 2: How to create an escape room for steam education
1. Educational objectives
2. Background topic
3. Scenario
4. Puzzles
4.1. Puzzles’ features and components
4.2. Puzzles’ forms
4.3. Puzzles’ sequences
4.4. Tips for good puzzles
4.5. Adaptations for SLDs
4.6. Examples of puzzles for STEAM and role models for girls
Part 3: Resources to find content
Part 4: Practical advice
Part 5: Disorder or disabilities
Part 6: Positive role models for girls
Bibliography
For starters, it is essential to highlight that educational escape rooms will neither look nor be constructed in the same way as commercial ones. Their goal differs, ergo the design process differs as well. There are two major – and noticeable – differences. When created to be used in an educational context, the room will have to have an educational objective – or several. Professional escape room designers do not prioritize on skills’ improvement or knowledge acquisition. Secondly, the teacher must know the target group, whereas the designer will be the one to design puzzle sequences without any prior knowledge of the background of his future clients.
In this second chapter, we will go over the necessary knowledge and guidelines for starting the creation process. In the next pages, we will discuss the educational objectives, the background topic, the scenario and the puzzles. This guide also aims to be inclusive for learners with SLDs and to present ways to empower girls. Ideas for adaptations on both topics will be presented in this chapter.

The first step in the educational escape room’s design process is to clearly define the demographics of the future players. Teachers should consider: the age group and their educational needs, the difficulty of the game, its scale (how many students will have to play at the same time?) and its length (Clarke and al., 2017). Groups of 10 tend to play differently than groups of 4 in professional facilities, which usually limit the number of players to 7 (Nicholson, 2015).
The second step is formulating the learning objectives. It is important to do so at the beginning of the process, in order to create meaningful, purposeful, interwoven puzzles, rather than trying to integrate objectives into ready-made puzzles.
Conceivable learning objectives include: deepening the knowledge on one or several parts of the curriculum; developing soft skills such as collaboration, time management, as well as problem-solving skills; becoming passionate and involving as many participants as possible; and finally, testing the knowledge and the understanding of the knowledge previously acquired by the students informally.
Below are two examples of educational objectives for STEAM education. We will detail the scenarios linked to these objectives at a later stage. Both follow the 2019 French curriculum for students in the 1st grade (16-17 years old) of general education.

Educational objectives of scenario A:

Educational objectives of scenario B:

This scenario has been created with the aspiration to empower girls to pursue a career in STEAM, by presenting them with roles models of famous women scientists.

The background topic of the Escape Room provides context and validity to the scenario and puzzles. It will help make the game more appealing to the players, hence, engaging. Generally, it will make the story more powerful by using the storytelling skills highlighted in Chapter 1.
Even if we highly recommend it, having a background topic is not mandatory for the Escape Room to function. Nicholson’s study (2015) shows that commercial Escape Rooms do not always have a background topic (or theme, as he calls it). The most basic ones contain only a collection of puzzles, sequenced in a specific order. Others have a theme, without an overreaching story. The Room is therefore set up in a specific environment, with adapted props and decor. The players are free to create and imagine the story themselves (Nicholson, 2015). The third possibility is having a scenario without a theme. Players are assigned responsibilities and given context regarding their role in the game, but the story could be set up in a different environment, without affecting the playability of the room. Finally, the Room can have both a topic and a scenario, as well as interwoven puzzles. In this case, the puzzle sequence makes sense only in the context of the specific Room.
The topic of the Escape Room could be virtually anything, whether real or fictional, the only limit being the designer’s imagination. According to Nicholson (2015), the main topics in professional facilities are: the modern era, a specific date between 1900 and 2000, horror, fantasy and laboratory, among others. Below are two topics adapted for STEAM education, following the learning objectives highlighted above.

Topic of scenario A: Nowadays, in a conservatory. Students are working on their recitals, rehearsing their next performances or relaxing in the hall. Different kinds of music, coming from different instruments, are heard echoing in the building.

Topic of scenario B: Nowadays, in a science museum. The museum’s next exhibition – on women scientists – is almost ready to open. It displays many paintings, tools and devices which have belonged to the aforementioned scientists. (Fenaert, 2020)

Once the topic of the Escape Room has been determined, it is time to create a scenario. Once again, the only limit is the designer’s imagination. Nicholson (2015) points out the most recurring storylines of the 175 surveyed facilities: escape from an unpleasant place; investigate a crime; defuse an exploding device; gather intelligence or espionage; carry out a heist, etc.
However, the designer will have to make sure not to overcomplicate the story, in order to avoid disorientation, especially regarding SLDs students. We will come back on the adaptations for SLDs in the fourth part of this chapter.
Following the topics described above, here are examples of possible scenarios.

Scenario A: A valuable instrument has been stolen. Police officers – played by the students – enter the school. The culprit is still inside the building. The chief inspector decides to lock the building for an hour, with everybody inside, giving the officers time to identify the missing instrument and identify the thief. After tracing the instrument, the police officers will conduct a DNA analysis on clues found on it, so as to identify and arrest the culprit before s/he succeeds to escape

Scenario B: Two hours before the inauguration of a museum exhibition, the director realizes that one of the objects loaned by a private collector has not been showcased. There is no explanation about it, and nobody in the museum seems to know its utility. A group of friends, IT specialists and historians – the students –, who travelled to the museum especially for the opening of the exhibition, offer their help and knowledge to find the missing information regarding the artefact. They have an hour ahead of them before the crowd starts entering the museum. For the purpose of this scenario, the mysterious object will be Ada Lovelace’s ‘Diagram for the Computation by the Engine of the numbers of Bernouilli’, published in Sketch of The Analytical Engine Invented by Charles Babbage by Luigi Menabrea (Ada Lovelace, 2020). This diagram is perceived to be the first computer program. (Gregersen, n.d.)

According to Wiemker and al. (2015), Escape Rooms’ puzzles in their simplest form are made of three components: a challenge, a solution and a reward, giving either a clue which unlocks the next puzzle or the next puzzle itself.

Once puzzles are created, the next important step is their sequencing. Each series should be carefully thought out and planned. Nicholson’s survey (2015) allowed him to isolate four general types of sequences, which he called: open path, sequential path, path-based and hybrid models (e.g. pyramid). 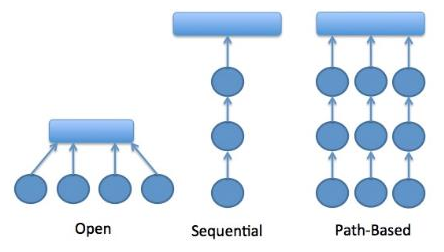 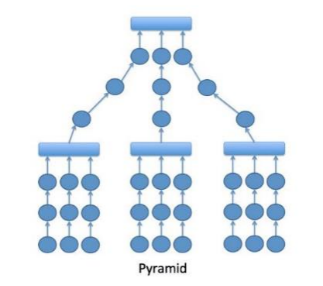 Once the puzzles and their sequences are all mapped out, some questions need to be asked, to assess their functionality and quality. First, ‘ask why’ (Nicholson, 2015): ‘why is this item here?’, ‘Why does the puzzle follow this order?’, etc. Repeat this process for every element in the Room, including the scenario. Remember that every item and element should be in the Room for a reason. Other questions might be: is the puzzle linked to the theme and narrative? Are the starting and ending points clearly discernible? Are the instructions (whether textual or implied) surrounding the puzzle understandable? Does one require external knowledge? If yes, how do the players obtain this knowledge?

When all the boxes above are ticked, one question remains: are the puzzles adapted for people with Specific Learning Disorders (SLDs)? If you wonder what SLDs are, please refer to part 5 of our pedagogical guide (available on our website).
Below is a list of guidelines to follow, so as to adapt to the game (Escape Rooms on social entrepreneurship, 2020):

4.6. Examples of puzzles for STEAM and role models for girls

Drawing from our scenarios, here are some puzzles ideas for each of them:

Puzzle idea 1 for scenario A: The push of a button triggers a succession of notes. Successfully repeating the notes’ sequence on a keyboard (either a virtual or a real one), releases a key. (ex: given by the game master)

Remember to stop any other sound in the room while the sequence is playing to avoid distractions.

Puzzle idea 2 for Scenario A: Write down a DNA sequence. Leave some of the nucleotides blank. The nucleotides to be found will create a code.

Remember to write with big, clear letters. If you are printing it, use the fonts given above. You could also use Legos instead of paper. Associate one Lego colour to a nucleotide and build a sequence with it.

Puzzle idea for scenario B: Print pictures/paintings of several famous women scientists and inventors. Write a short description of their work aside. Stick everything on the wall to create an exhibition. Place a crossword in a safe, locked with an ABC multilock (for more information regarding the different types of locks, please refer to Grain 13, IO3). Link the riddles to the scientists’ descriptions. Colour several boxes on the crossword grid. Completing the crossword will reveal the code, indicated by the coloured squares. (Fenaert, 2020)

When all the boxes above are ticked, one question remains: are the puzzles adapted for people with Specific Learning Disorders (SLDs)? If you wonder what SLDs are, please refer to part 5 of our pedagogical guide (available on our website).

Make sure that descriptions are written in black, OpenDys or Arial, size 12, with a 1.5 spacing. Align left. Use white paper.

More examples of this can be found in Chapter 6, which considers ways of making STEAM escape rooms inclusive and educative regarding gender equality.

Storytelling in escape room for an effective pedagogy