Austrian neurologist and the founder of psychoanalysis, a clinical method for treating psychopathology through dialogue between a patient and a psychoanalyst.

Freud (1856 to 1939) was the founding father of psychoanalysis, a method for treating mental illness and also a theory which explains human behavior.

Freud believed that events in our childhood have a great influence on our adult lives, shaping our personality. For example, anxiety originating from traumatic experiences in a person’s past is hidden from consciousness and may cause problems during adulthood (in the form of neuroses). Freud’s life work was dominated by his attempts to find ways of penetrating this often subtle and elaborate camouflage that obscures the hidden structure and processes of personality. He developed a topographical model of the mind, whereby he described the features of the mind’s structure and function. Freud used the analogy of an iceberg to describe the three levels of the mind.

Most of the evidence for Freud’s theories are taken from an unrepresentative sample. He mostly studied himself and his patients. The main problem here is that the case studies are based on studying one person in detail, and with reference to Freud, the individuals in question are most often middle-aged women from Vienna (i.e., his patients). This makes generalizations to the wider population (e.g., the whole world) difficult. However, Freud thought this unimportant, believing in only a qualitative difference between people. 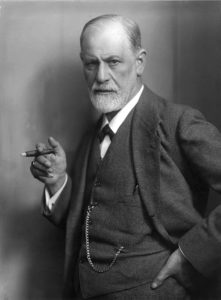