The courageous and reckless blacksmith made huge wings to be the first person to attempt to overcome the gravity of the earth and stay alive.

In 17th century, in Priekule manor, there lived a servant, who was marked with a peculiar fate, that is, with the genius of a mechanic, so that the memories of him in this region are still not lost due to his outstanding and strange experiment in aeronautics. Namely, he descended from the tower of Priekule church with self-made wings, and to the surprise of many spectators, he waved in the air with incredible courage. He flew about two miles away, where he fell and broke his leg. He did not regret this stroke, because he had bravely performed a heroic act, but it had not occurred to him that the steering wheel would have worked. However, he did not succeed until the second attempt. He soon died and his body was buried in the same place where he fell. Despite the ambiguities of historical truth, the legend about Priekules Ikars is so beautiful and inspiring that the blacksmith of Priekule manor named after Icarus has become a symbol of Priekule county identity: in 2010 the state heraldry commission and Priekule county council approved Coat of arms of Priekule region. The Priekule City Icarus Festival is held on the second Saturday of August. Every time at Priekule aerodrome, everyone has the opportunity to ride a more modern aircraft to look at Priekule from above – from a bird’s eye view, as Priekule Ikars once did. 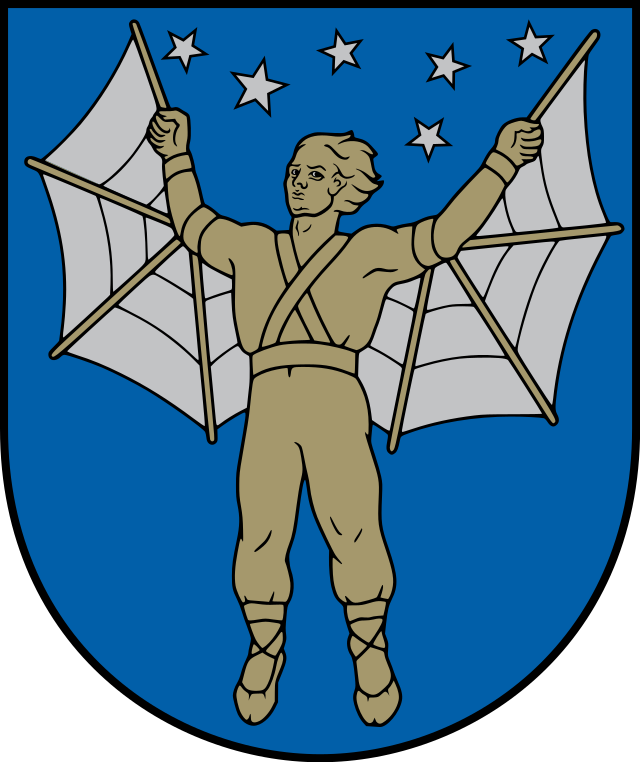