Cugnot was one of the first to successfully employ a device for converting the reciprocating motion of a steam piston into a rotary motion. A small version of his three-wheeled fardier-à-vapeur (“steam
dray”) was made and used in 1769.

In 1770, a full-size version of the fardier à vapeur was built, specified to be able to carry four tons and cover 4.8 km in one hour (a performance it never achieved in practice). The vehicle weighed about 2.5 tones tare, and had two wheels at the rear and one in the front where the horses would normally have been. The front wheel supported a steam boiler and driving mechanism.

The vehicle was reported to have been very unstable – a serious disadvantage for a vehicle intended to be able to traverse rough terrain and climb steep hills. After running a small number of trials, the project was abandoned. Even so, in 1772, King Louis XV granted Cugnot a pension of 600 livres a year for his innovative work, and the experiment was judged interesting enough to be kept at the arsenal. In 1800 it was transferred to the Conservatoire National des Arts et Métiers, where it can still be seen today.

There are reports of a minor incident in 1771 – in perhaps the first known automobile accident. The incident is unrecorded in contemporary accounts, first appearing in 1804, thirty-three years after the alleged accident. Nevertheless, the story persists that Cugnot was arrested and convicted of dangerous driving. 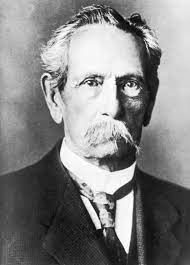