He is remembered as the "prince of biologists". He is now considered as the first microbiologist of the modern era.

Born in 1729, he was one of the founders of experimental biology. From ancient times, the thesis was widely accepted that other forms of life could spontaneously arise from non-living matter as well. In 1745, the Englishman John Needham, trying to support the theory, proposed an experiment in which in a sample of meat broth, boiled and then collected in sealed containers, after some time the presence of growing microorganisms was observed. Spallanzani was not convinced by this study and stated that germs had penetrated into the broth from the air, after and not before boiling. In fact, he managed to obtain proof of his thesis by repeating an experiment in which the broth was always kept (before and after boiling) under vacuum. The result was that, this time, no microorganisms grew in the broth sample. The theory of spontaneous generation was then definitively refuted, in 1859, thanks to the Frenchman Louis Pasteur. He was also able to demonstrate that through the air microorganisms could be born in spoiled foods or directly from the mud, as long as the temperature was hot enough for life to be generated. He made an important contribution to studies on blood circulation and the digestive system, managing to understand the existence of gastric juices through the analysis of his own feces and vomit. As for respiration, after Lavoisier and Lagrange, he discovered that the whole organism participates in the combustion we call respiration. Paradoxically, it is known as the theoretical precursor of artificial fertilization, because it was the first to theorize and test it in the laboratory on animal guinea pigs. 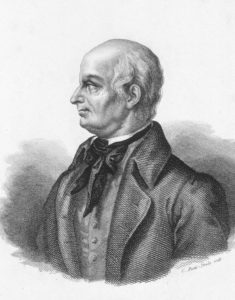