Born in Milan in 1962, she is an Italian pharmacologist, biologist, academic, known for her studies on Huntington's disease and for her research on stem cells.

She is director of the laboratory of Stem Cell Biology and Pharmacology of Neurodegenerative Diseases of the Department of Biosciences of the State University of Milan, whose purpose is the study of Huntington’s disease, with the aim of contributing to the understanding of pathogenic mechanisms and development of pharmacological, genetic and cellular strategies capable of interfering with the mutated gene and the pathology. Her activity is mainly focused on research on neurodegenerative diseases and, specifically, on Huntington’s disease. Among the studies carried out, it has shown that the Huntington gene in its unchanged version is important for the survival of neurons affected by the disease and emerges from a long evolutionary history. In 2008 she was called to coordinate the European Consortium for Stem Cell Theraphy in Neurodegenerative Disease, a large international research project specifically aimed at the study of stem cells and their application in the treatment of neurodegenerative diseases of particular severity. Elena Cattaneo and her group thus become one of the European reference points for research on stem cells and basic biology for the treatment of neurodegenerative diseases.

To combat false beliefs and fears (for example towards vaccines) she often invites researchers to leave the laboratories and speak to society, to fight irrationality and make humanity stronger, even in the face of disease. 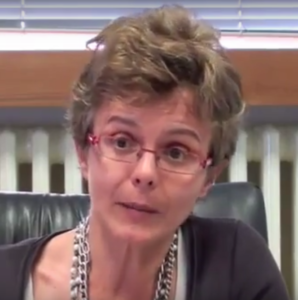