Scottish-born psychiatrist who in spite of his high professional reputation, he has been criticized for, among other things, administering electroconvulsive therapy and experimental drugs.

During the 1950s and 1960s, Cameron became involved in what has later become known as the MKUltra mind control program, which was covertly sponsored by the Central Intelligence Agency (CIA). Cameron had been hoping to correct schizophrenia by “erasing” existing memories and “reprogramming” the psyche. In addition to LSD, he experimented with various paralytic drugs such as curare and electroconvulsive therapy at thirty to forty times the normal power. His “psychic driving” experiments consisted of putting a subject into a drug-induced coma for weeks at a time (up to three months in one case) while playing tape loops of noise or simple statements. These experiments were typically carried out on patients who had entered the Institute for minor problems such as anxiety disorders, postnatal depression and permanent debilitation after these treatments. Such consequences included incontinence, amnesia, forgetting how to talk, forgetting their parents, and thinking their interrogators were their parents.

Decades after his own death, the psychic driving technique he developed continued to see extensive use in the torture of prisoners around the world. 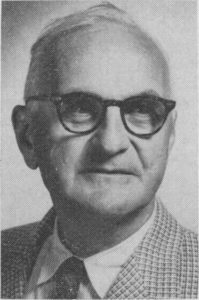