You are a prisoner of a tribe and the only way to get free is to find the shark repellent formula developed by Eugenie Clark for them...

During a study trip to the Indian Ocean, you were taken prisoner by cannibals. You’ve seen this scene many times in the movies, too bad you’re now the protagonist! You don’t understand their language, but one thing is clear: they intend to sacrifice you to try to get protection from sharks from their deities. For their tribe they are a grave danger! But perhaps there is a less bloody way to find a solution: give them the repellent formula developed by Eugenie Clark!

Born in New York City (1922), of Japanese descent, she was a world-renowned ichthyologist and authority on sharks.

When she was around nine years old, wandering around the New York Aquarium, Clark developed a love for all things ocean and wished that she could swim with the sharks in the glass tanks. As an adult, she made her dream come true and went on countless dives, where she studied marine life, including sharks. Her studies were precursors: very few ichthyologists or fish biologists used this method of study with living specimens. Her studies allowed us to learn about the behavior of animals and places that very few others had explored, such as the Red Sea. There she discovered many species of fish, including “Moses sole”, which releases a natural repellent for sharks! Eugenie has been studying the potential uses of the repellent, which however is not effective long enough to be useful for human use in products such as sunscreen. The tales of her experiences and the strange creatures she encountered in the Red Sea have fascinated audiences of all ages!

She spent a lot of time teaching about sharks and tried to rid them of their bad reputation. Among the most suggestive experiences, she rode on the back whale shark. She made her last dive at the age of 92, the year before her death. 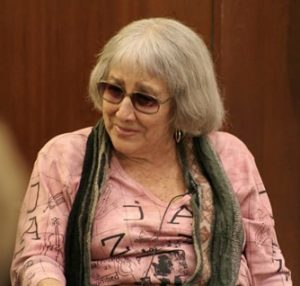