Sherlock Holmes was created in 1887 by Sir Arthur Conan Doyle. His first appear was in “The Strand Magazine” in a story called “A study in Scarlet”. Holmes lives with his friend and biographer Dr. John H. Watson who also accompanies Holmes during his investigations. His methods are very smart. He pays attention to details in a crime scene. By looking the size of hat, he can say if the owner has a big head and therefore, to assume whether is clever or not. He does not learn knowledge that he considers useless to his occupation. He is passionate with his work. The writer had decided to kill Sherlock Holmes by his biggest enemy James Moriarty because he said that he was distracting him from other things. But due to public pressure Sherlock Holmes revives and reveal to Watson he faked his death. Holmes is listed by the Guinness World Records as the most portrayed literary human character in film and television history. 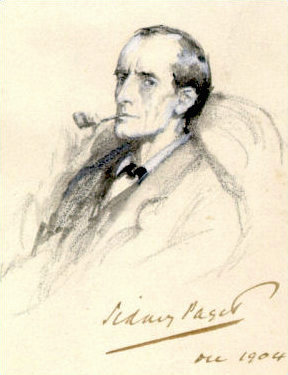