French mathematician and novelist. In her writing, she explores the links between science, history and literature.

Michèle Audin was born in 1954 in Algiers. After graduating from the ENS, she began teaching at the Institut de Recherche Mathématique Avancée (IRMA) in Strasbourg in 1987. Her research work focuses on symplectic geometry and dynamical systems which are often used to describe and model motion. In 1990 and 1991, she was president of the association Women and Mathematics. In 2008, she published Souvenir sur Sofia Kovalevskaya, the extraordinary journey of a 19th century mathematician. It was following this work, in which she mixed literature and mathematics, that Michèle Audin was contacted by the OuLiPo community (L’Ouvroir de littérature potentielle), which she joined in 2009. She strives to break the boundary between science and culture. She continues this demonstration with La formule de Stokes, roman (2016). These works contain mathematics, history and literary pastiches. The historical dimension is also present in several stories and novels she has published. In 2013, she wrote Une vie brève, a more intimate book about the story of her father, who died in 1957 under torture in Algeria. Outraged and in search of the truth about this story, in 2009 she refused the Legion of Honour awarded to the deceased. In Mademoiselle Haas (2016), she deals with several invisible women facing the difficult history of the 1930s. In 2016, she launched a blog on the Paris Commune and continued her work on the anonymous and invisible people who made history. She writes about two of its participants in published books, Eugène Varlin (bookbinder) and Alix Payen (ambulance driver). 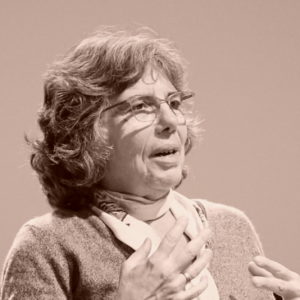