Laura Bassi was the first physicist to graduate from the University of Bologna and introduced Newton's theories to Italy. She was the first woman to be a member of the Bologna Academy of Sciences.

Laura Bassi was born in 1711 into a family of lawyers. Her father asked a professor at the College of Medicine of the University of Bologna to give her a varied and solid education. In fact, until the age of 20, she studied anatomy, natural history, geometry, philosophy, Greek, Latin, French and several other subjects. In 1732, she took part in a test in which she defended 49 philosophical theses. A few days later, Laura Bassi was officially declared a doctor of philosophy. She was appointed lecturer in mathematics and physics. She became the second woman to hold an academic position. In 1739, Laura Bassi married Giovanni Guiseppe Veratti, also a lecturer at the same university. The institution helped her to set up a laboratory in her home in which she gave lectures. In 1776, the Institute of Sciences offered her a chair in experimental physics. The manuscripts of her lectures have been preserved. In them she explained Newton’s theories in the various fields he had tackled. Of all her articles deposited at the Academy of Sciences in Bologna, 13 deal with physics, eleven with hydraulics, two with mathematics and one with chemistry. In her laboratory and with her husband, she conducted several experiments in electricity with medical applications. Laura Bassi died in 1778. 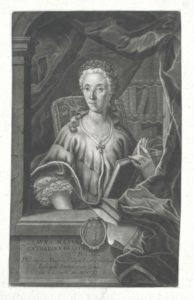