Hypatia (370 – 415 AD) was the daughter of Theon the mathematician. She lived in Alexandria of Egypt where she taught philosophy and astronomy. She is the first mathematician recorded in history. It has not survived any of her work during the centuries but there are many references to it from other philosophers and mathematicians. We know that she wrote a commentary on Diophantus’s “Arithmetica” and on Apollonius of Perga’s treatise on conic sections. She was an excellent teacher and a counselor. Many significant men were coming to her for advises and philosophical discussion. She invented the pycnometer, used for measuring densities. Also, she could construct hydrometers and astrolabes. She was popular in Alexandria as a wise woman and as an important scientific figure. She lived in a period of huge cultural changes and in a multicultural region. In 415 A.D. she was murdered by a mob of Christians. After her death she was considered as “martyr for philosophy” and some researchers believe that her death signifies the end of the “Classical Ancestry”. 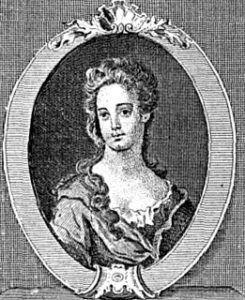