Cypriot Dragoman to the Ottoman Conquerors of Cyprus. He built one of Cyprus’s most important cultural heritage buildings.

Hadjigeorgakis Kornesios, was born in 1750 in Paphos, Cyprus. Early on his life he began serving as Dragoman/Interpreter to the Ottoman conquerors in Cyprus. As his position required, Hadjigeorgakis mainly dealt with taxation and administrative matters. His position earned him power and influence as the people and clergy held him in high esteem. Due to the connections he made and his position, he managed to gain considerable wealth. Additionally, he was not known to use this wealth and power for his own benefit as he used it to protect Christians and lepers, offer moral and financial support the Church of Cyprus, and also devoted a lot of his wealth to education. Hadjigeorgakis spent a portion of his wealth into building a mansion close to the Archbishop’s residence. His mansion is now considered one of Cyprus’s most important cultural heritage buildings in the 18th century during the Ottoman period and has been acquired by the Cyprus Department of Antiquities and serves today as the Cyprus Ethnological Museum. Slowly, however, the Ottomans began to feel threatened by Hadjigeorgakis as they saw themselves being supplemented from principal agents of authority, and the general population began to resent him for placing heavy taxes upon them. During a revolt in 1804, an angry mob broke into and sacked his mansion. He fled to Constantinople (Istanbul with his family) where he was eventually beheaded in 1809 after the Grand Vizier’s orders. 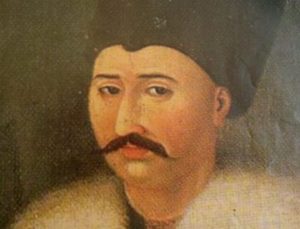