British psychoanalyst of Austrian-Jewish descent. She was born in Vienna, the sixth and youngest child of Sigmund Freud and Martha Bernays.

Anna was extraordinarily close to her father. Anna was not close to her mother and was said to have tense relationships with her five siblings. She attended a private school but later said she learned little at school. The majority of her education was from the teachings of her father’s friends and associates.

Although Anna Freud never earned a higher degree, her work in psychoanalysis and child psychology contributed to her eminence in the field of psychology. She began her children’s psychoanalytic practice in 1923 in Vienna, Austria and later served as chair of the Vienna Psycho-Analytic Society.

Anna Freud created the field of child psychoanalysis, and her work contributed greatly to our understanding of child psychology. She also developed different techniques to treat children. Freud noted that children’s symptoms differed from those of adults and were often related to developmental stages.1 She also provided clear explanations of the ego’s defense mechanisms in her book The Ego and the Mechanisms of Defense (1936). 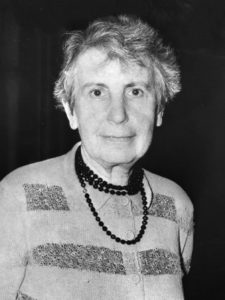