A Latvian scientist, founder of practical cancer virotherapy, the inventor of medicine RIGVIR

Not all viruses are harmful, some of them can save lives. Professor Aina Muceniece has a scientist specializing in immunology and virology. She is the founder of cancer virotherapy. She devoted all her life to work with oncological patients and studies. Her biggest achievement was discovering of a genetically unmodified virus that can destroy cancer cells without damaging the normal cells and stimulate the immune system at the same time. Aina Muceniece, the founder of oncolytic virotherapy, whose intellect, mind and work abilities has given the world RIGVIR- a virus that, together with brave and talented doctors, is able to fight the illness successfully and empower people to resist the plague of 21st century-cancer. The work of life of the Latvian scientist has resulted in the possibility to treat cancer with an innovative, careful and efficient method. The oncolytic virus Rigvir continues to live and help cancer patients around the world, making eternal the love for humanity of the noble scientis. Virotherapy is one more opportunity for cancer patients. 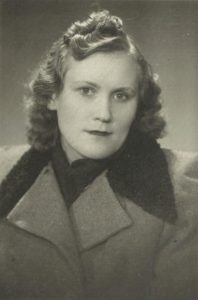